
BlackRook makes TV shows in the studio and on location
From international news and current affairs to factual entertainment, advertorial features and sponsorship bumpers

Our teams have deep experience producing some of Britain’s most iconic network broadcast output – including This Morning, ITV News and BBC News.

We advise on and provide recruitment and headhunting services, production training and all the mechanics for launching on air. BlackRook has a broad and international contacts base for acquiring affordable content and highly developed industry nous on how to produce programmes in-house cost-effectively​.

We make TV programmes –  News, Current Affairs, Documentaries, Factual Entertainment shows and Advertorial Features – on location and a whole range of live and recorded studio based programmes too. From political debates to entertainment and technology magazines.

BlackRook has now made more than 330 editions of the twice-weekly, half-hour Persian language media review show Iran in the Eyes of the Others, broadcast globally on the Iran international TV channel.

We work with the Local TV network on its 10 channels across England and Wales broadcasting to more than 7 million homes, producing content for series including Country Ways, Access Success and Golden Years.

We also work with 3screens London as producers of the London Live TV channel’s advertising magazine shows including Making It Big In London, The London Social and London Living.

We build launch teams –  For new production projects and channel start-ups – on television and online.

For five years, BlackRook consulted for the African broadcaster ARISE News completing contracts that saw its management and production teams oversee the project stage of the channel’s formation in 2012. BlackRook then delivered on a succession of newsroom leadership, production and training contracts involving more than 50 BlackRook producers. Its consultants ran the network’s London team and regularly travelled to coach the channel’s staff at its studios in Johannesburg, South Africa and in Abuja and Lagos in Nigeria.

IRAN IN THE EYES OF OTHERS (PART 1)

Made for DMA / Iran International

IRAN IN THE EYES OF OTHERS (PART 2)

Made for DMA / Iran International 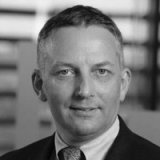 I worked with BlackRook on a challenging development project that involved expert insight but also tactful handling of some of the parties involved. Alan Rook delivered superbly on all counts. I look forward to working with him again. 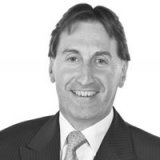 Gavin was very attentive to our needs in striking the right balance throughout the filming schedule and he did a great job in keeping everyone happy and in ensuring that everyone stayed ‘on board. 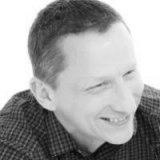 I’ve worked with Alan across two of ITV’s flagship shows, This Morning and Daybreak. On each occasion Alan has brought with him a wealth of knowledge and experience which has quickly allowed him to gain the respect of colleagues and staff. This is no easy task on two fast moving shows. On This Morning, Alan’s guidance was invaluable and I consider his support as a key factor to my own development as a team leader within a major broadcasting and production company. 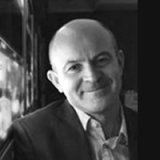 Alan Rook is a leader who inspires others and encourages excellence among his colleagues. He is passionate, driven and generous with his time – always keen to bring out the best in others and encouraging them to succeed. He has helped many journalists improve their skill set and advance their careers. 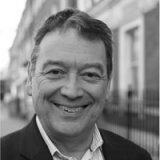 Alan Rook provided world class leadership during the pre-launch project phase of the Arise network, which is a global TV and mutimedia service focusing on parts of the world which do not receive the attentions of traditional media. Alan’s media experience and his excellent communications skills allowed him to create and manage a team which laid the foundations for the network’s successful launch. He was able to take the original vision of the service, add to it and turn it into a practical media product. He was involved in the selection of the senior management team, whom he trained and guided. He co-ordinated inputs from Arise offices in Africa, Asia and the USA. His contribution was pivotal in the development of the network. 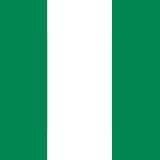 Alan is an exceptional business consultant with vast knowledge & multimedia experience.
His entrepreneurial skill is an added value that positions him well in proffering quality advise that helps in making timely decisions. Launching our revolutionary RefPredictor on web and mobile, he was able to see through our vision, interrogate our product & advised us choosing the right business model that made an impact in our market. Today, we are proud to tell our story. 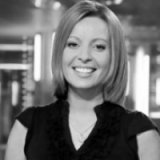 I’ve been a journalist for the BBC, ITV and now France 24 in Paris. Over my 11 years of experience, I always refer to Alan Rook as the best manager I’ve ever had and think back to him as a reference to what is good leadership. He always had a clear vision and was decisive and fair. He was also very approachable and respected

I recommend Alan Rook 100%. He did a superb job for us as Head of News at British Forces Broadcasting and helped to raise the quality of all our news output. He’s an excellent journalist and a great people person. 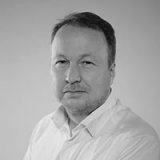 For expert training, for quality production support, for first class experience right across the media industry, BlackRook is a genuinely big hitter.